Since we’ve left Puerto Vallerta, we’ve visited a diverse variety of coastal towns and beaches. Sand varies from golden honey to black volcanic, and the drive south on Highway 200 winds through jungle covered hills looking down on empty palm lined beaches. However, as it is the off-season, many of the small coastal towns are mostly closed as they await the more profitable onslaught of tourists beginning in November. 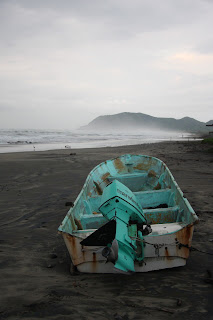 We spent a night in Barra de Navidad, admiring the lovely Melacon, or beachside walkway while watching the crazy waves crash onto the steep beach and reverberate back into the ocean. We drove through Manzanillo, but were not impressed with the crumbling condos and dated looking hotels so we kept heading south. It’s too bad, since Manzanillo is in a lovely location, situated on a bay and surrounded by dramatic hills similar in feel to Puerto Vallerta, but anything in our budget had obviously passed its prime. Our next evening was spent camping in San Juan de Alima, which we think is going to be the next Sayulita (seriously, if you’re looking to invest in property in Mexico, this would be a good choice, although we heard beachfront lots have already climbed from 60k to 300k USD over the last 3 years.) 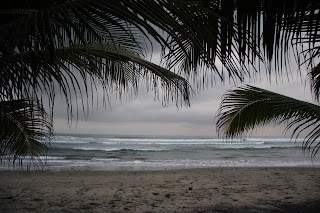 It had a great beach, good roads, and cute shops, but again was still largely hibernating until November. I did finally get my hair cut by Javier (from Santa Barbara CA), who was living in a small home next to the campground we selected. The setting was quite rustic, but beautiful. 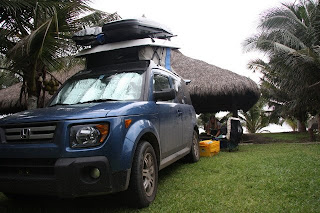 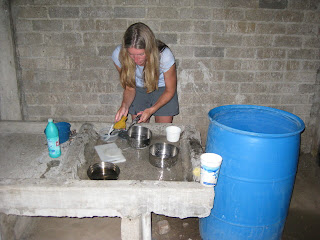 Chris managed to be the only person surfing the whole beach and ended up getting extremely thrashed by the overhead waves. We pampered ourselves after the hot, breezeless night we spent camping in San Juan de Alima by renting a beautiful Asian-themed two story palapa, or thatched roof shelter, in Barra de Nexpa for an evening. The outdoor kitchen was a great spot to sit and watch chickens. 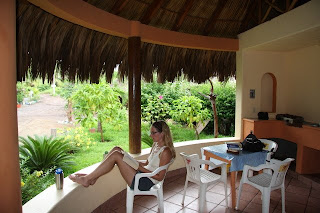 The next day we stopped just north of Zihuatenejo in Trocones. We are staying at Bungalows las Palmitas, owned by Bruce, a surfboard shaper and artist. The plan after this is to head to Acapulco, spend a night in one of the mega resorts there, and then drive back inland for some different scenery. Taxco, Pueblo, and Oaxaca are next on the list. 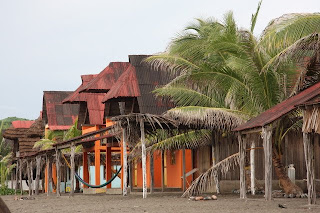