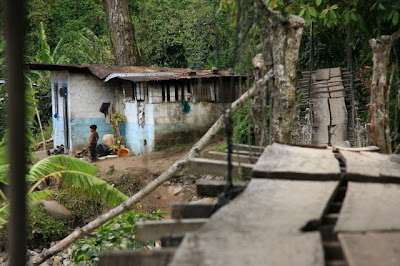 Entering Panama felt like a bit of a milestone for us: we had finally reached the southernmost country in Central America, the land of the roadless Darien Gap. Feeling all that much closer to South America we are itching to cross the gap and start exploring a whole new continent, but Panama has several wonderful mountain towns and beaches we didn’t want to miss. We first headed to Boquete Panama, high in mountains of the Chiriqui province. Boquete means ‘gap’ in Spanish, and the town was given this name as it was one of the quickest passages for trans-Atlantic fortune-seekers from Europe heading to California during the gold rush of the 1850s. We enjoyed the sparkling sunny days but were quite surprised that we had to bundle up in down vests for the cold windy nights. 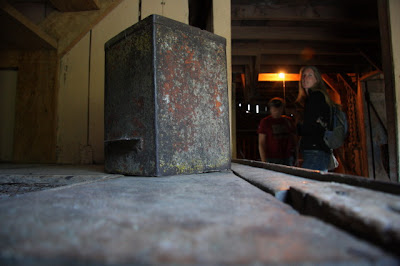 Some of the finest coffee in Panama (and some say the world) is grown in Boquete, so on our first full day we toured Finca Kotowa, an organic, shade-grown coffee plantation. Our knowledgeable (and quite opinionated when it came to what is good or bad coffee) guide Hans walked us through the coffee plants which were covered in shiny green and red coffee beans, took us step-by-step through the bean selection, husking, drying, aging, and roasting process, and finished the tour with a lengthy coffee ‘cupping.’ For the cupping we sampled three different types of roasts, and discussed their relative flavors and boldness much like you would sample wines at a vineyard. I thought they all tasted like burnt dirt, (I am not a coffee drinker) but Chris picked up a bag of their award winning coffee for a steal. It was $6/pound on their finca, but in the United States it sells for over $20/pound. 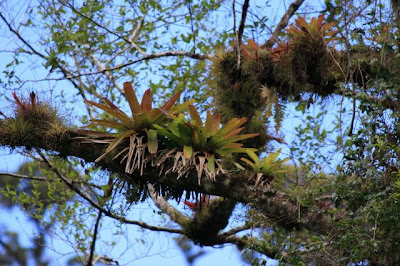 Despite all of the caffeine in our systems, we slept well in our Ecamper that night and the next day met our new friends Iris and Brian to hike the Sendero de los Quetzales, or Quetzal trail. They had been admiring our camper, and we also ran into them while eating dinner (Boquete is a small town) so we invited them on the hike. The trail winds up through the lush forests and mountains near Volcan Baru, but ended rather abruptly in a wide washed out section surrounded by waterfalls and wildflowers. Brian spotted a beatiful bird on the trail which we thought was a quetzal, but we now think it may be a slaty-tailed trogon. The slaty-tailed trogan is no resplendent quetzal, but its beautiful red and green colored feathers are a league apart from what you will ever see at any birdfeeder in your backyard. 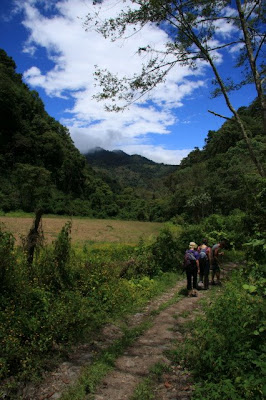 The next day we went to visit Paradise Gardens animal refuge after hearing great things about it from Brian and Iris. This refuge began when a British couple, Jenny and Paul, moved to Boquete with their scarlet macaws several years ago, and they have been slowly taking in abused, neglected, or hurt animals. If you find yourself in Panama and you are looking for an opportunity to volunteer, Paradise Gardens desperately needs people to help out for 1 or 2 weeks. We wish that we had known about this earlier because we would have loved to volunteer, but our time in Panama is limited. Their ever-expanding menagerie includes white faced capuchins, tamarins, parakeets, parrots, margays, jaguarundis, ocelots, anteaters, and owls. The owners put a sign up which talks about each of the animals and how they ended up there. Since there weren’t too many guests at the gardens, we got to carefully pat the feisty jaguarundi (who left long scratches on the keeper’s arms), hold the baby anteater, and hang out in a cage with 4 baby owls. We especially enjoyed the very social capuchins, tiny monkeys who leaped to the front of their cages to chatter at us while we walked up to their home, and reached out their tiny hands to grab at our cameras. 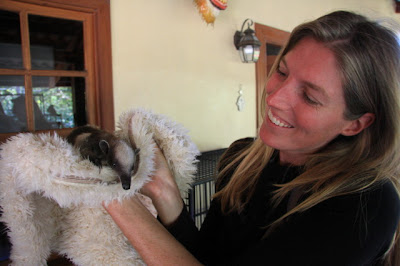 The two young ocelots were beautiful cats to see with their fur that resembles a jaguar, but it was sad to hear that Paul was not able to take in two more ocelots due to the expensive meat diet they require. The margay, a tree dwelling spotted cat, was rescued from some kids who kept him in a cage so small he could barely turn around. After weeks of physical rehabilitaion, Paul was able to get the margay’s muscles strong enough that he is now able to walk, climb, and jump again, but the cat’s tail will always have a permanent kink from the time he spent cramped up in the cage. 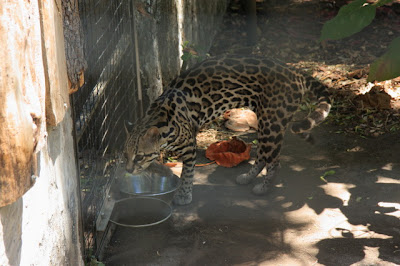 Margay pacing in its cage