This morning we awoke at 4:30 am to catch a 5 am bus. We arranged a guided trip through Adrenalina Tours to climb inactive Volcan Santa Maria, the volcano we can see from our bedroom window. Xela is at 2335 m (7780 ft) elevation, so it is chilly in the mornings and evenings, and we were warned that it is cold on the volcano. We bundled up in our warm clothes, gloves, hats, and long underwear, and started the hike under a half moon. After an hour, the sun rose and we were shedding clothes, throwing them in our day packs. However, as we continued to near the peak of Santa Maria at 3772 m (12,573 ft), a cold wind started blowing and a dense fog settled over the mountain trail. 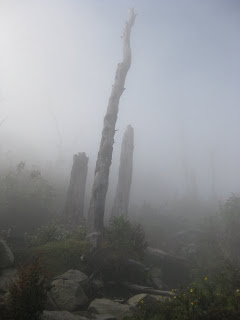 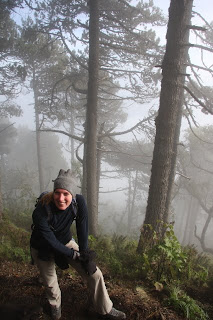 Three hours later at the summit, gusts of wind and clouds whipped over the peak, and we quickly sought shelter behind some rocks to put on every available layer of clothing. Crowds of people, many in the colorful traditional clothing we see in Xela, had camped on the volcano in standard tents as well as crudely built shelters made of plastic sheets barely held together with ropes and rocks. They were crying, singing, and praying while huddled in the rocks to keep warm. From what we could understand from our guide Yolanda, this volcano is a highly spiritual place for indigenous people of this area. At the top of Volcan Santa Maria, we had a spectacular view of the surrounding mountain ranges and the 2488 m tall active Volcan Santiaguito. This volcano is considered to be the ‘hijo’ or son of Santa Maria, and erupts about every 45 to 60 minutes. 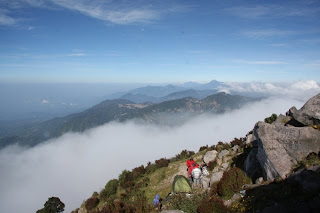 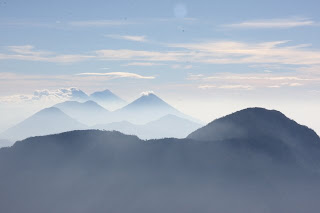 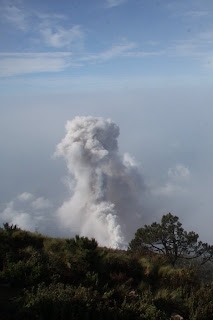 After watching for 10 minutes, a stream of smoke erupted from Santiaguito, and we watched the growing cloud billow high into the sky. After 20 minutes of miserable cold and shivering, we couldn’t take the arctic winds anymore, and begged our guide to lead us back down Santa Maria. By the time we were halfway down, it was sunny and warm again, so we could better enjoy the views of the mountains around us, the farms and towns below us, and the wildflowers that grew on each side of the trail. Chris finally regained feeling in his numb hands and pathetically complained about frostbite. Streams of people continued past us climbing to the peak, many of them grandmothers carrying children on their backs or bundles on their heads, wearing beautiful indigenous hand-woven dresses, and hiking in heels and flimsy sandals. They really put us to shame as we battled the elements decked out in expensive Gortex jackets, nylon pants, fleece gloves, and hiking boots. (Click here to see a video of our day on the volcano) 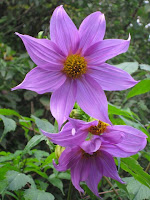 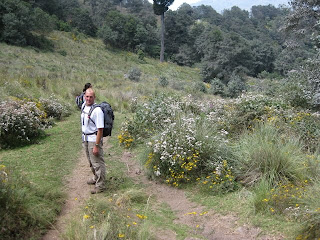